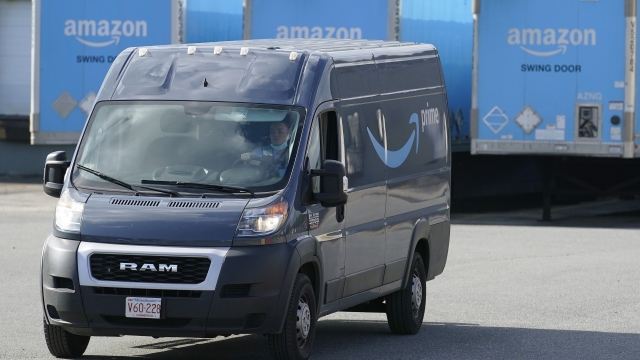 SMS
Big Tech Earnings Continue To Soar Through Pandemic
By Tyler Adkisson
By Tyler Adkisson
April 29, 2021
The pandemic helped some of the largest tech companies get even bigger, and their newest quarterly earnings report shows the growth isn’t slowing yet.
SHOW TRANSCRIPT

It’s no surprise to anyone sitting at home watching the Amazon trucks drive by every day, that Amazon posted a whopping $108.5 billion in quarterly revenue, a 43% increase from Q1 2020.

But for now, Amazon and the four biggest names in tech have all shattered earnings expectations.

Google and YouTube’s parent company Alphabet reported first-quarter sales were up 34% from a year before with much of that coming from products like Google search. YouTube alone earned $6 billion.

Apple’s revenue grew 54% thanks to a surge in sales of iPhones, Mac computers and iPads.

And Facebook took in $26.1 billion, up 46% on advertising growth. Daily active users grew to 1.88 billion people, up about 8% from last year.

Many tech companies thrived during a pandemic which kept people indoors — working and shopping and playing from home.

What happens when the world is set free?

Analysts think companies like Amazon may see sales slow in Q2 as more businesses open up.