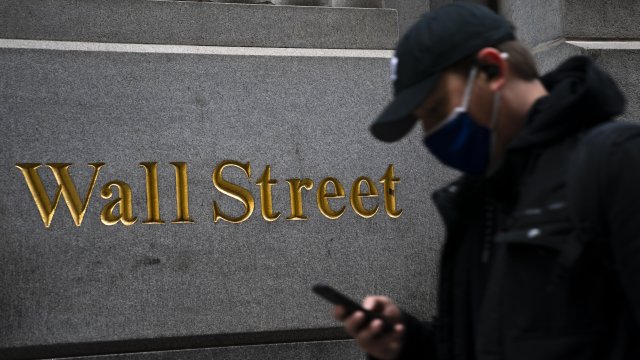 The S&P 500 fell 0.9% and the tech-heavy Nasdaq slid 2.5%, its biggest drop since September. Traders were also considering other moves by global central banks. The Bank of England became the first central bank among leading economies to raise interest rates. The European Central Bank still plans to trim its pandemic stimulus, but not abruptly. The yield on the 10-year Treasury note fell to 1.43%.

Several big technology companies were among the decliners. Apple slid 3.4% and Microsoft was down 2.4%.

Large technology companies have benefited greatly from low interest rates, which make their valuations more attractive. The sector could continue to slip, analysts said, as investors factor in rising interest rates through 2022.

On Wednesday, the Federal Reserve of the U.S. announced an acceleration of its pullback of economic stimulus as it pivots to fighting inflation. The central bank plans to shrink its monthly bond purchases at twice the pace it previously announced as unemployment falls and inflation nears a 40-year high. The accelerated timetable puts the Fed on a path to start raising rates as early as the first half of next year.

The Bank of England became the first central bank among leading economies to raise interest rates to fight inflation. The European Central Bank still plans to trim its pandemic stimulus, but not abruptly.

Inflation has been a growing concern throughout 2021. Higher raw materials costs and supply chain problems have been raising overall costs for businesses, which have raised prices on goods to offset the impact. Consumers have so far absorbed those price increases, but they are facing persistent pressure from rising prices and that could eventually prompt a pullback in spending. Any pullback in spending could then crimp economic growth.

Wall Street also had several pieces of economic data to review on Thursday.

The number of Americans applying for unemployment benefits rose last week and the figure was bigger than economists expected. The jobless claims, at 206,000, are still low by historical standards.

U.S. industrial production increased 0.5% in November, according to the Federal Reserve, as output at the nation’s factories reached the highest level since January 2019. The figure fell just shy of economists' forecasts.

The Commerce Department reported that new home construction in the U.S. rebounded 11.8% in November as strong demand continues to boost builder confidence even with the slower winter season approaching.