Big Tech Is Teaming Up To Talk Election Protection 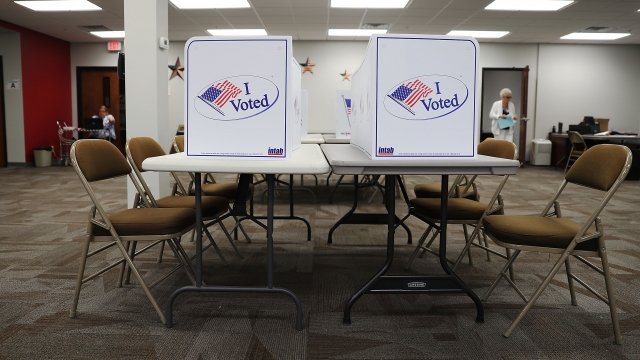 SMS
Big Tech Is Teaming Up To Talk Election Protection
By Cristina Mutchler
By Cristina Mutchler
August 24, 2018
Multiple big tech companies are reportedly getting together Friday to talk about ways to tackle election interference ahead of the midterms.
SHOW TRANSCRIPT

Big tech companies are reportedly getting together Friday to talk election protection ahead of the 2018 midterms.

According to a report from BuzzFeed, officials from multiple U.S. tech giants are meeting privately in San Francisco to come up with a plan to tackle election manipulation on their platforms.

They're expected to focus on current ways they're combating the spread of misinformation, specific interference issues each company is facing, and whether this kind of meeting should become a regular thing.

Tech companies have been hit with criticism from lawmakers and users after election misinformation surfaced on various platforms before the 2016 U.S. presidential election.

Just this week, Facebook, Twitter and Google all announced they had removed hundreds of foreign accounts and pages for "coordinated manipulation" — some of them based in Iran and Russia.

Executives from Facebook and Twitter are scheduled to testify before the Senate Intelligence Committee next week about election interference on social media in a follow-up to last year's hearing about Russian meddling efforts.