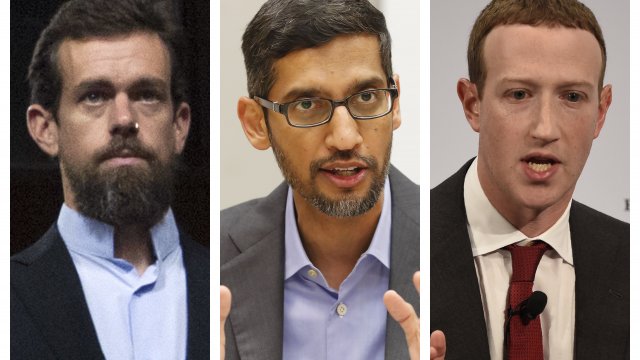 SMS
Big Tech CEOs Face Scrutiny In Senate Hearing
By Newsy Staff
By Newsy Staff
October 28, 2020
The hearing was supposed to focus on Section 230 of the Communications Decency Act, but that law barely came up.
SHOW TRANSCRIPT

The hearing was supposed to focus on Section 230 of the Communications Decency Act.

But senators zeroed in on other hot-button topics like antitrust issues, election interference and alleged censorship.

"Mr. Dorsey, your platform allows foreign dictators to post propaganda, typically without restriction, yet you typically restrict the president of the United States."

Some Democrats accused their Republican colleagues of trying to politicize the hearing, given how close we are to elections.