Bieber's Getting Roasted, And That's Exactly What He Needs 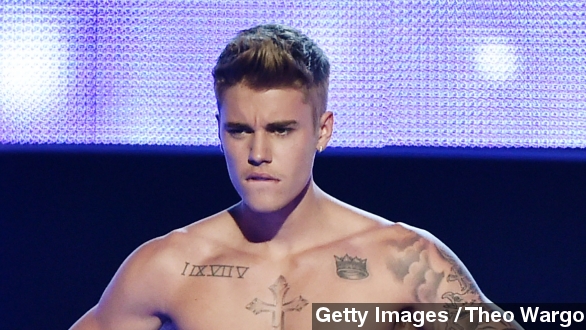 SMS
Bieber's Getting Roasted, And That's Exactly What He Needs
By Lauren Zima
By Lauren Zima
January 20, 2015
After arrests, drugs, drag racing, vandalism and depositions, Justin Bieber is getting roasted on Comedy Central.
SHOW TRANSCRIPT

Justin Bieber is going to get roasted on Comedy Central.

Ryan Seacrest confirmed the news Tuesday on Twitter, saying, "love u justin but it's time."

That sentiment pretty much says it all: After over a year of arrests, drugs, drag racing, vandalism, depositions ... (Video via TMZ)

"I don't have to listen to anything you have to say," Bieber said during a deposition.

Well, no one's taking Biebs seriously anymore — like, even remotely seriously. You saw the Calvin Klein ad spoof on the most recent "SNL" ...

"I'm not supposed to drink, but ... I do," Kate McKinnon said in her impersonation of Justin Bieber.

Bieber was a good sport, giving "SNL" a "well played" on Twitter.

It's a mindset like that — a willingness to make fun of himself — that is exactly what can save the Biebs.

Yes, he still has a whopping 60 million Twitter followers. Yes, passionate Beliebers are still abound and even threatened model Lara Stone over those Calvin Klein ads. But Bieber's music cred is waning. He hasn't released a full new album since 2012, so public focus has remained on his personal life — and that's been, to say the least, dramatic. (Video via Island Def Jam Music Group / Justin Bieber)

Back in February 2013, Bieber was getting one of his first tastes of scandal: Pics surfaced of him smoking marijuana. He went on "SNL" at the time, apologized and made light of it, and won praise.

And that's what Bieber needs right now: another moment of self-awareness. Because beneath the baggy pants, past the tattoos, underneath the Calvins is still someone with this much talent:

We want to Belieb again, Biebs. We do.