Bieber Could Be Extradited To Argentina For Assault Claim 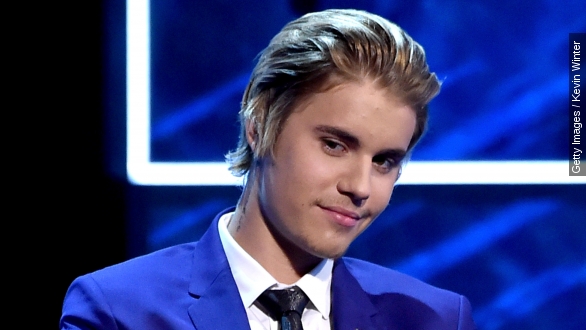 SMS
Bieber Could Be Extradited To Argentina For Assault Claim
By Jasmine Bailey
By Jasmine Bailey
April 11, 2015
An Argentina judge issued an arrest warrant for Justin Bieber for a 2013 assault and has asked Interpol to get involved. Could he be extradited?
SHOW TRANSCRIPT

No matter how hard he tries, it seems the Biebs just can't stay away from negative publicity.

"Justin Bieber is a wanted man. A judge issued a warrant for Justin's arrest if he ever steps foot in Argentina." E! News reports.

In 2013, a video surfaced allegedly showing Justin Bieber's bodyguard attacking a photographer in Buenos Aires, supposedly on the singer's command.  Bieber was ordered to appear for questioning within two months back in November, but he never responded.

Under Argentine law, if Bieber is arrested he could spend up to six years behind bars.

The wording from the judge is very important. "If he steps foot in Argentina" then he will be arrested.  So as it looks now, chances are pretty slim that anything will come from this.

And as The Inquisitor notes,"Currently, the warrant appears to be apply only in Argentina. Bieber would have to be in the country to be arrested." But the judge has reportedly contacted Interpol to request Bieber's arrest anywhere in the world.

If Interpol does choose to get involved, they could send out what’s called a Red Notice. Which would result in the organization seeking out Bieber for extradition. But it's unclear if that'll happen.

"As long as Justin doesn't go to Argentina I think he's going to be fine. I don't think Interpol is sending anybody to extradite him back to Argentina. I just talked to one of Justin's people and he said, 'So Argentina's off the tour next year,'" reports TMZ.

But look, you gotta at least give the kid a little credit — in recent months he's done some work on mending his not-so-great reputation.

"I really want people to know how much I care, how much I care about people. ... I just want to make the best impression on people and be kind, and loving, and gentle and soft," Bieber said on Facebook in January.

And last week he promised to get his bucket peeing, animal abandoning, airplane hot-boxing act together.

On Comedy Central he said, "I'm looking forward to being someone who you guys can all look at and be proud of, someone you can smile at and see some of your self in."

And if Biebs isn't arrested and just never goes back to Argentina, who's the real victim here?

Probably all these screaming Argentine fans who will never get to chase that peach-fuzzed, baby-faced singer around again.