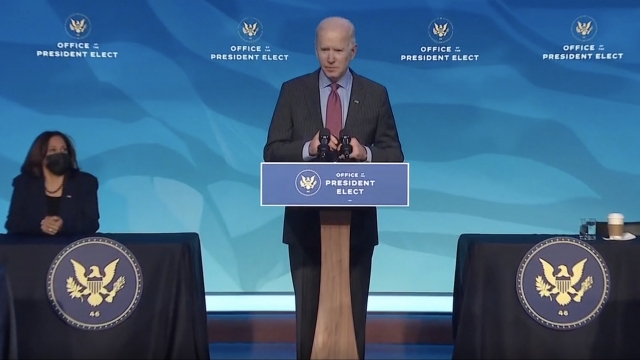 President Elect Joe Biden is joining calls for an investigation into whether requests to deploy National Guard troops on Wednesday were rejected.

“What this president has done is rip the Band-Aid all the way off to let the country know who he is and what he is about and how thoroughly unfit for office he is," Biden said.

“[House Speaker Nancy] Pelosi and [Senate Minority Leader] Scumer were all together in a bunker. ... I told them that I authorized the mobilization of the Maryland Guard. ... However, we were repeatedly denied approval to do so. ... An hour and a half later, I got a call from [Army] Secretary Ryan McCarthy, who gave us the authority to move into the city," Hogan said.

“I had calls with the governor's office around 1500 [hours]. ... They don’t have the authority to ask for National Guard. It doesn’t mean they don't deserve it. It has to go through the secretary of defense,” Maj. Gen. Tim Gowen said.

Officials in Washington, D.C., say their requests were denied, too.

But according to the same timeline, McCarthy admits the first members of the Maryland National Guard did not arrive until the following morning -- on Thursday.

The Army secretary’s statement does not address concerns raised about the use of Washington, D.C.’s National Guard. In fact, the statement makes no mention of Mayor Muriel Bowser.