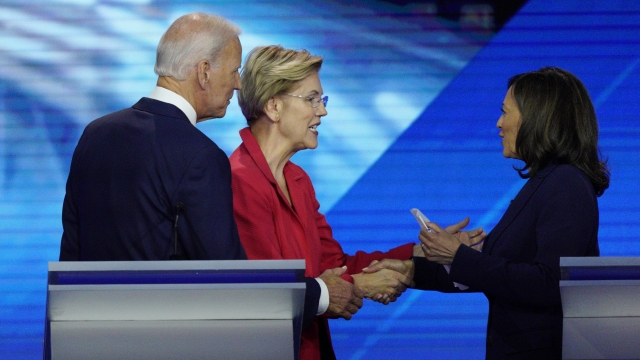 Democrats familiar with Joe Biden's search for a running mate say the list is down to as few as six contenders. They include Sens. Elizabeth Warren and Kamala Harris and former Obama national security adviser Susan Rice.

Biden has promised to select a woman as his vice-presidential nominee and the search is entering its second round of vetting.

Sources familiar with the remaining candidates declined to disclose to the Associated Press other names beyond Warren, Harris and Rice.

Exit polls show black voters fueled much of Biden's success in the primaries. That's led many Democrats to push for him to select a woman of color. The pressure mounted in recent weeks as the nation faced protests over police brutality and racial justice.