Biden Pitches $1.7 Trillion Plan To Protect 'Livability Of Our Planet' 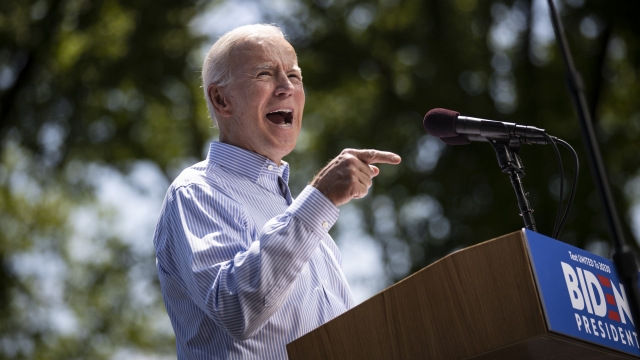 "More storms and droughts, rising sea levels, warming temperatures, shrinking snow cover and ice temps and ice sheets — it's already happening. And science tells us that how we act — or fail to act — in the next 12 years will determine the very livability of our planet."

With this ominous warning for the health of the planet, Democratic presidential front-runner Joe Biden is proposing a $1.7 trillion "Clean Energy Revolution" to address climate change.

"We'll hold polluters accountable for the damage they've caused, particularly in low-income communities and communities of color. Not only due to climate change but the pollution they are pumping into the air that is breathed and the water that is drunk in those communities."

His plan goes further than anything advanced by his former boss, President Barack Obama. But its proposed investments fall short of pledges by other Democratic candidates, including Elizabeth Warren, Beto O'Rourke and Jay Inslee.

But in unveiling his plan, Biden focused on just one candidate, President Trump, and his climate policies.

"President Trump denies the evidence in front of his own eyes, hides climate science produced by his own administration and actively works to roll back the progress we've already made. It's reckless. It's irresponsible. And it is unacceptable," he said.