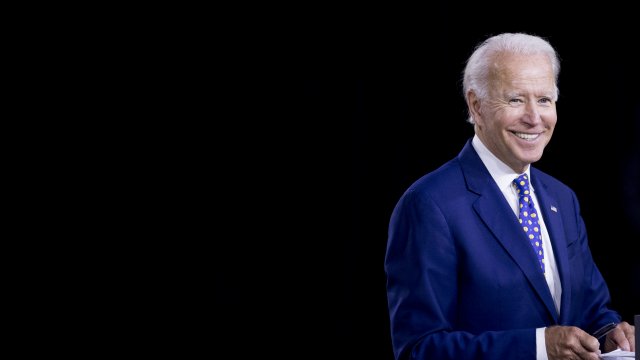 SMS
Biden To Pick VP Next Week; Contenders Are Likely In The Dark, Too
By Alexandra Miller
By Alexandra Miller
July 31, 2020
Historically, the vice presidential candidate has not been chosen until the week leading up to the announcement.
SHOW TRANSCRIPT

If you're a possible vice presidential pick right now, you likely know just as much about who the choice will be as the rest of America.

"The thing is you never really know. Nobody tells you, you know what they're doing to you and talking to you and interviewing you," said Sen. Sherrod Brown. "You really don't know who else they're talking to."

Sen. Sherrod Brown, who was one of the final three in the running to be Secretary Hillary Clinton's No. 2, says in the final days of the 2016 selection process, he had one 5-6 hour interview where he was grilled by three people.

This time around for the Biden campaign, it's probably very similar. Professor Joel Goldstein, who has written two books on the vice presidency, says Biden's pick is arguably more important than most in recent history.

Biden, who, if elected, will be 78 when he takes office, says he wants to pick someone who will be ready to be president right away. Goldstein says the perceived frontrunners are not always the pick, and Biden is likely weighing many factors to galvanize voters who may be on the fence.

African American voters turned the tide for the former vice president in the Democratic primary — and in light of recent protests against racial inequality, Goldstein says picking a woman of color is an important part of the conversation. But previous tiffs, he says, are not. As voters saw earlier this week on Biden’s notecard, his past issues with a contender will not impact his choice.

Goldstein says Sen. Kamala Harris, for instance, who went after Biden on the first debate stage in 2019, is no different than George H.W. Bush criticizing Ronald Reagan's economic plan as voodoo "economics" during their primary campaign. Biden also sparred with Barack Obama when they were both vying for the presidency in 2008.