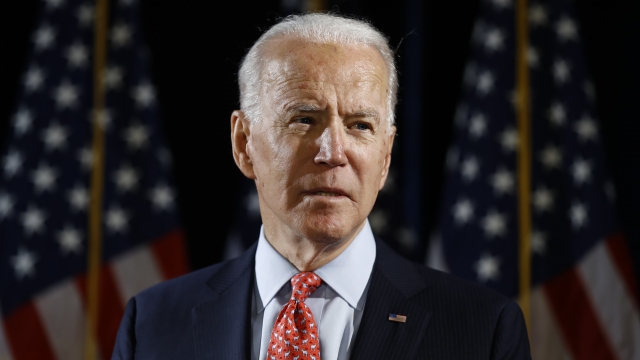 Joe Biden struggles to make gains with Latinos as his campaign has turned to digital amid the coronavirus pandemic.

Even though Joe Biden has essentially secured the Democratic presidential nomination, he still has some work to do to win over key Democratic constituencies — chief among them, Latino voters.

The group overwhelmingly favored Bernie Sanders in the Democratic primary. Now, Biden is hoping to court those voters, all amid the limitations posed by virtual campaigning.

"We need the leadership of the Latino community — your voices and your votes," Biden said in a campaign ad.

To engage Latino voters, the Biden campaign tells Newsy it's prioritizing video conferences to address issues that are top-of-mind for those communities amid the pandemic, like job losses and health concerns; organized coalitions to show it understands Latino voters are not monolithic; rolled out endorsements from Latino organizations; and embraced messaging apps like WhatsApp, which is popular among Hispanics in the U.S.

"All of this stuff that they're doing is good and fine for connecting to the community at some level, but it's not the way you win. It's a way that campaigns have always done Latino outreach that I think is false," said Chuck Rocha, a campaign consultant who crafted the Sanders campaign's multimillion-dollar Latino vote strategy, of the Biden team's efforts.

The Biden campaign recently tapped the granddaughter of civil rights leader César Chávez to help win over Latino voters — a hire that came after some Latino leaders criticized the campaign’s outreach efforts.

Democrats have made clear they believe winning the Latino vote is crucial to recapturing the White House in 2020. And while about 62% of Latinos identify with the Democratic Party, there's little indication the group will turn out in big numbers for Biden.

Among registered Latino voters, Biden's favorability has slipped from 67% in February to 59% in April. The drop could be a sign the Biden campaign isn't getting its message out to a group highly concerned by the coronavirus.

Another possible hurdle to Latino outreach? A digital divide.

"The way we have been successful was when we were able to go and meet them in person and walk them through these digital apps, and then once they do get it then it works well," said Margarita Alegría, chief of disparities research at Massachusetts General Hospital and a psychiatry professor at Harvard Medical School.

The 2020 election marks the first time Latinos are expected to be the nation’s largest nonwhite voting bloc, with 32 million eligible voters.

And the Trump campaign has also been working to engage Latinos by hosting online training sessions, Latinos for Trump video conferences and phone banking sessions using the Trump 2020 app.

"Interestingly, where is this growth in the Hispanic electorate coming from? It's coming from young people, young Latinos — about 3 million every four years who are U.S. born and come of age. That means that for Hispanics and the Hispanic electorate, first-time voters, getting young people out to register and then getting them out to vote is a continuing challenge for getting out the Latino vote," said Mark Hugo Lopez, the director of global migration and demography research at Pew Research Center.