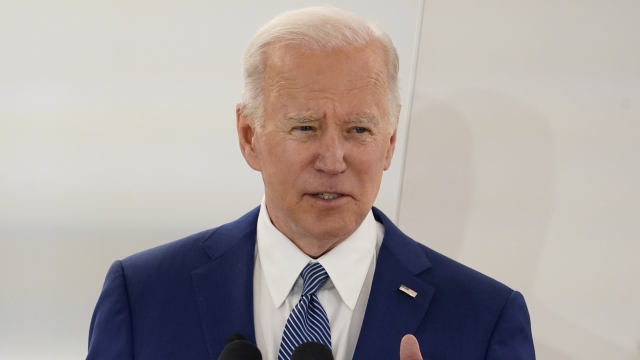 With Europe facing its most precarious future since World War II, President Biden will huddle with key allies in Brussels and Warsaw this week as the leaders try to prevent Russia’s war on Ukraine from spiraling into an even greater catastrophe.

President Biden embarks Wednesday on a four-day trip that will test his ability to navigate the continent’s worst crisis since WWII ended in 1945. There are fears that Russia could use chemical or nuclear weapons as its invasion becomes bogged down in the face of logistical problems and fierce Ukrainian resistance. 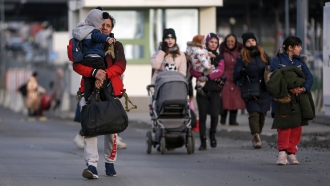 Pressure On Biden To Speed Up Entry Process For Refugees

Humanitarian challenges are growing as well. Millions of refugees have fled the fighting, mostly by crossing the border into Poland, and the war has jeopardized Ukraine's wheat and barley harvests, raising the possibility of rising hunger in impoverished areas around the globe.

National Security Adviser said the president would coordinate with allies on military assistance for Ukraine and new sanctions on Russia. He added that President Biden is working on long-term efforts to boost defenses in Eastern Europe, where more countries fear Russian aggression. The president is also aiming to reduce the continent's reliance on Russian energy. 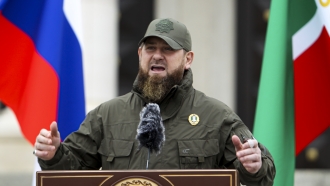 Sullivan said Vladimir Putin's references to nuclear weapons at the beginning of the conflict are "something that we do have to be concerned about," adding that the president would be talking with allies about "potential responses" if Putin takes that step. Sullivan's description of the trip was another sign the crisis is entering a new and uncertain phase.

After the initial invasion failed to topple Ukraine's government, the war has become a grinding endeavor for Putin, who is relying on airstrikes and artillery that are devastating civilian communities. Negotiations between Ukraine and Russia have not produced a cease-fire or a path to ending the conflict, and the U.S. continues to rush weapons like anti-tank missiles to Ukrainian forces. 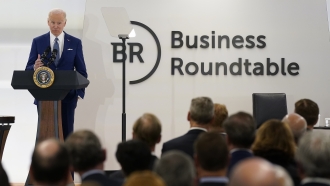 The war's ripple effects are also spreading. President Biden warned that Russia could be planning cyberattacks that would affect U.S. companies, and he spoke to Chinese President Xi Jinping on Friday to warn him against backing Russia with military or financial assistance.

The president's first stop is Brussels, where he’ll attend back-to-back-to-back meetings. NATO is holding a hastily arranged emergency summit, where President Biden is expected to reiterate his support for Article 5 of the alliance's charter, which commits all members to collective defense if any are attacked.

He will also participate in meetings of the European Union and the Group of Seven, which includes the world’s richest democracies.

He’ll then travel to Warsaw on Friday to meet Polish officials to discuss the enormous humanitarian strain caused by the Ukrainian refugee crisis. President Biden is scheduled to meet with Polish President Andrzej Duda on Saturday.