Biden Seeks New Powers To Use Oligarchs' Assets For Ukraine 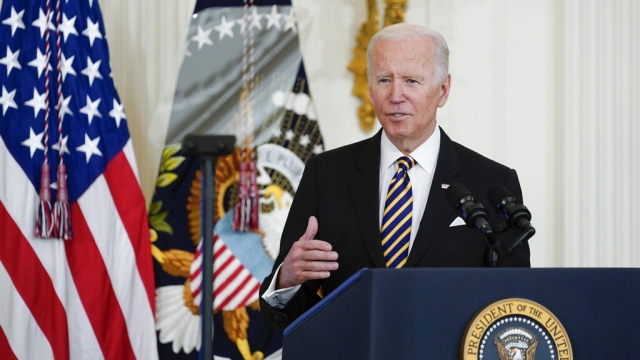 President Joe Biden is asking Congress on Thursday for new powers to seize and repurpose the assets of Russian oligarchs as part of a new funding request to aid Ukraine in its defense against Russia's invasion.

In remarks at the White House on Thursday morning, President Biden will formally ask for billions of dollars in additional U.S. spending earmarked for supplying Ukraine's military, bolstering its economy and supporting the millions of refugees who fled Russia's invasion two months ago. He will also seek new authorities from Congress to strengthen U.S. sanctions against the Russian government and those who profit from it, the White House said.

President Biden is asking lawmakers to make it a criminal offense for a person to "knowingly or intentionally possess proceeds directly obtained from corrupt dealings with the Russian government," double the statute of limitations for foreign money laundering offenses to 10 years, and expand the definition of "racketeering" under U.S. law to include efforts to evade sanctions.

President Biden will also ask Congress to allow the federal government to use the proceeds from selling the seized assets of sanctioned Russian oligarchs to help the people of Ukraine.

In a virtual address to International Monetary Fund and World Bank leaders last week Ukrainian President Volodymyr Zelenskyy called for the proceeds of sanctioned property and Central Bank reserves to be used to compensate Ukraine for its losses.

He said that frozen Russian assets "have to be used to rebuild Ukraine after the war as well as to pay for the losses caused to other nations.'' 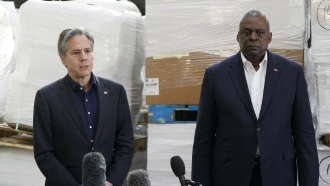 Treasury Secretary Janet Yellen said at the time that congressional action would be needed to authorize such actions.

The war has already caused more than $60 billion in damage to buildings and infrastructure, World Bank President David Malpass said last week. And the IMF in its latest world economic outlook stated that Ukraine's economy will shrink by 35% this year and next.

In recent weeks, the U.S. and global allies have sanctioned dozens of oligarchs any their family members, along with hundreds of Russian officials involved in or deemed to be supporting its invasion of Ukraine. The White House says the new tools will toughen the impact of the sanctions on Russia's economy and its ruling class by making sanctions more difficult to evade.

The White House has declined to preview the dollar figure for the Ukraine funding request, which is set to be sent to Congress later Thursday. That package will also include a renewed ask for $22.5 billion for COVID-19 response that the White House said is needed to secure the next generation of vaccines and therapeutics in the U.S.

The new funding request will come atop $13.6 billion that Congress approved last month in military and economic aid to assist Ukraine — as well as other allies in the region — deal with the fallout of a war now in its ninth week. The request is intended to cover U.S. aid to Ukraine over the next five months through the end of the current fiscal year.

President Biden last week warned that $6.5 billion earmarked for security assistance for Ukraine could soon be "exhausted" and that Congress would need to approve supplemental funding. More than half of the approved funding for weapons and equipment for Ukraine's military has already been drawn down.