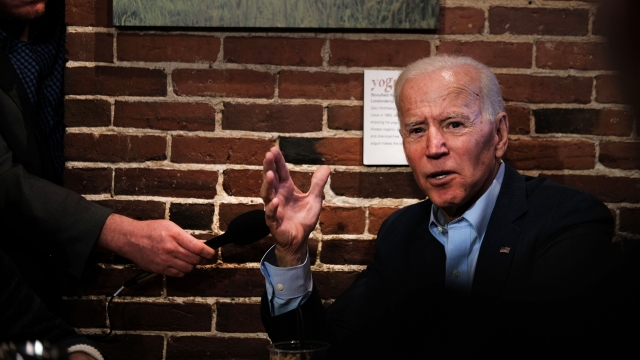 During a campaign event in May, Joe Biden fought back against a common critique of an older item on his voting record: the 1994 crime bill.

A woman asked Biden about that law and its effects on communities that were "ravaged by the war on drugs and mass incarceration." But the former vice president disagreed about the impact of that legislation.

"Folks, let's get something straight: 92 out of every 100 prisoners [who] end up behind bars are in a state prison, not a federal prison. This idea that the crime bill generated mass incarceration — it did not generate mass incarceration," Biden said.

So which characterization is correct? Let's start with the bill itself.

The Violent Crime Control and Law Enforcement Act of 1994 overhauled federal criminal justice laws. Some notable provisions in the bill's 350-plus pages include a ban on 19 types of assault weapons, increased penalties for some immigration-related crimes, and the Violence Against Women Act. The law approved $30 billion in spending for law enforcement agencies, prisons and crime prevention programs.

But to say the legislation *caused mass incarceration neglects the big picture. Our partners at Politifact looked at data from the Bureau of Justice Statistics that shows overall imprisonment rates started going up decades before President Bill Clinton signed that crime bill.

And there's also the point Biden made: The vast majority of prisoners are in custody at the state level, not the federal level. [SOT: 92 out of every 100 prisoners end up behind bars are in a state prison, not a federal prison.] Since the 1994 crime bill was signed, government numbers show about 5-13% of prisoners have been in federal custody. So his "92 out of 100" figure may not be exactly right, but the heart of his point is accurate.

That said, some people argue the 1994 law fed into the "tough on crime" efforts of the time. It offered financial incentives to states that make prisoners serve at least 85% of their sentences, and it created the "three strikes" rule: For people with three or more federal convictions for violent crimes or drug trafficking, the law mandated a life sentence without parole.