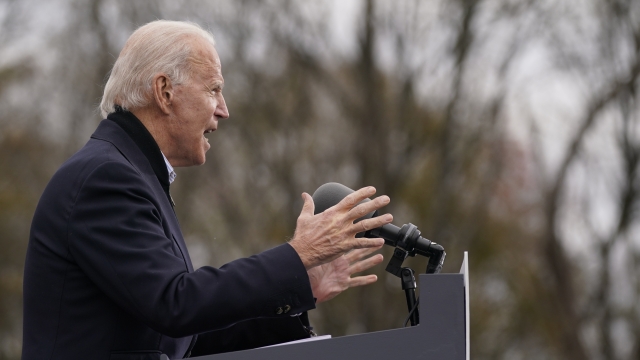 SMS
Biden's Inauguration To Feature Virtual Parade
By Newsy Staff
By Newsy Staff
January 4, 2021
After the swearing in ceremony, Biden and his wife will join Vice President-elect Harris and her husband in a socially distanced "pass in review."
SHOW TRANSCRIPT

President-elect Biden's inauguration committee is making changes as organizers plan the event during a pandemic.

The inauguration will include a virtual parade at locations across the country and it will be following guidelines for crowd limits.

The parade will be televised and feature performances.

Here are some other changes: After the swearing in ceremony, Biden and his wife, Jill Biden, will join Vice President-elect Harris and her husband, Doug Emhoff, in a socially distanced "pass in review."

And Biden's traditional presidential escort with representatives from each branch of the military will be socially distanced as well.

That's the military tradition where the incoming president reviews the readiness of military troops.