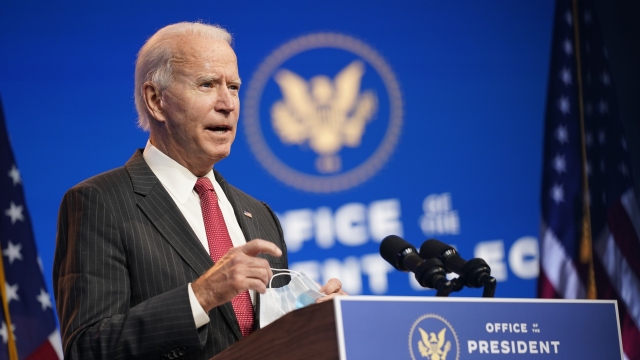 Politico reports that GOP will confirm most of Biden's cabinet picks as long as they're "mainstream."

The first picks for President-elect Joe Biden's cabinet are slated to be announced this Tuesday — despite Trump administration blockades.

The next president's chief of staff would not share which positions would be announced. The Associated Press reported he could name his nominees for secretary of state or treasury.

Biden has vowed to create the most diverse cabinet in modern politics — with women and people of color being considered for several positions throughout the government.

Nominations  are moving forward despite the Trump administration's unprecedented refusal to ensure a smooth transfer of power. President Trump is fighting his election loss to Biden and withholding information that would provide a peaceful transition.

Politico reports a number of Republicans are signaling that most of Biden's picks will be confirmed, with Sen. Lisa Murkowski of Alaska saying, "Our role is to make sure that he selects folks that are … within the mainstream."