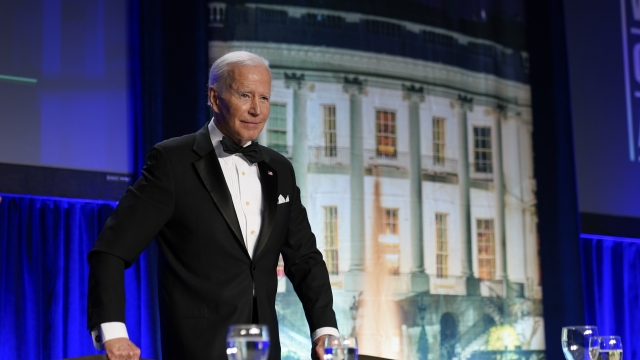 The White House press corps' annual gala returned Saturday night along with the roasting of Washington, the journalists who cover it and the man at the helm: President Joe Biden.

The White House Correspondents’ Association dinner, sidelined by the pandemic in 2020 and 2021, featured President Biden as the first president in six years to accept an invitation. Donald Trump shunned the event while in office.

“Just imagine if my predecessor came to this dinner this year,” the president told an audience of 2,600, among them journalists, government officials and celebrities. “Now that would really have been a real coup.” 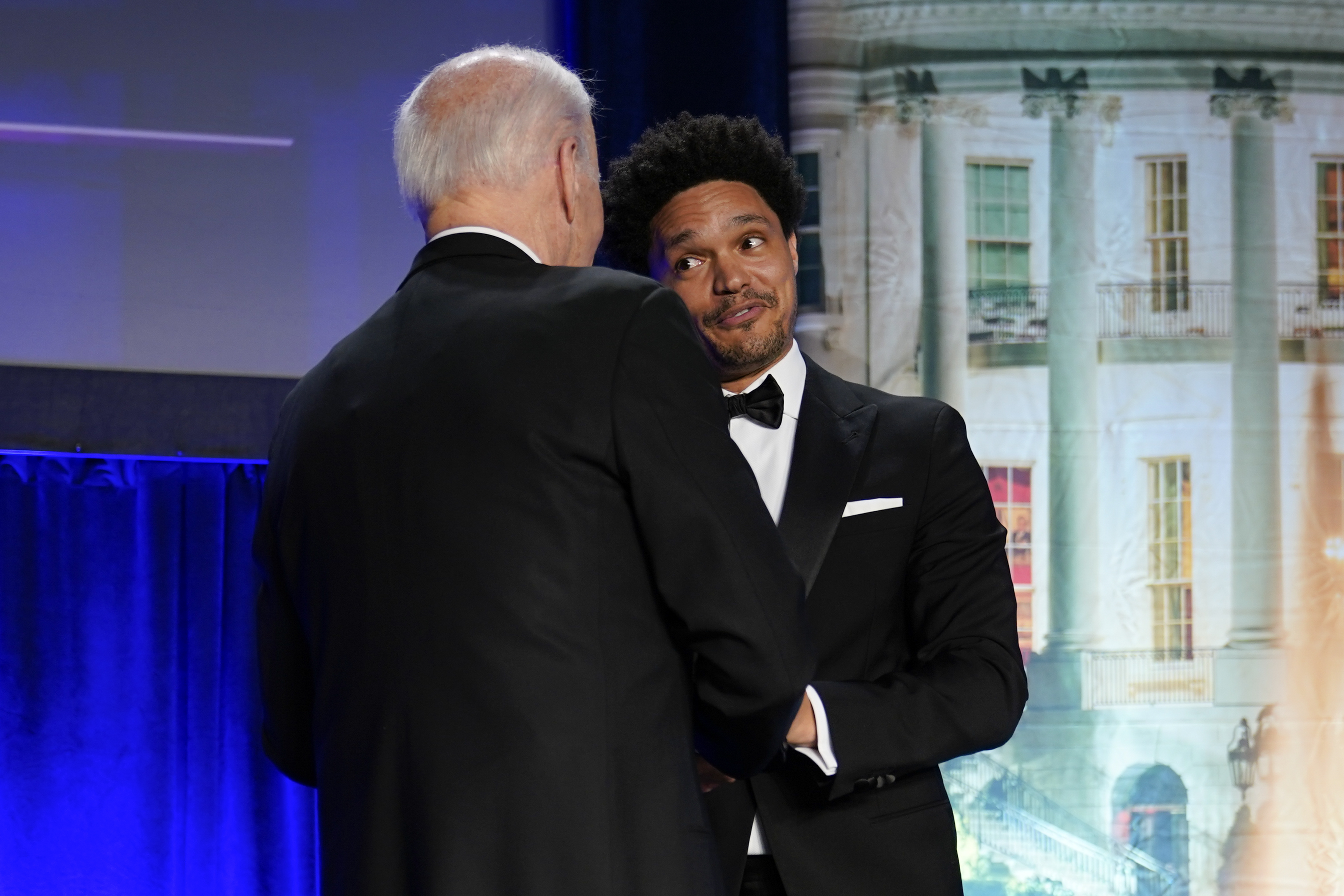 The president took the opportunity to test out his comedic chops, making light of the criticism he has faced in his 15 months in office while taking aim at his predecessor, the Republican Party and the members of the press.

“I’m really excited to be here tonight with the only group of Americans with a lower approval rating than I have," President Biden said to the Hilton ballroom filled with members of the media.

He also made light of the “Let’s Go Brandon” slogan, which has become the right’s stand-in for swearing at the president.

“Republicans seem to support one fella, some guy named Brandon," President Biden said, causing an uproar of laughter among the crowd. “He's having a really good year. I'm happy for him."

As far as roasting the GOP, he said, “There’s nothing I can say about the GOP that Kevin McCarthy hasn’t already put on tape.”

He also took a jab at Fox News. “I know there are a lot of questions about whether we should gather here tonight because of COVID. Well, we’re here to show the country that we’re getting through this pandemic. Plus, everyone has to prove they are fully vaccinated and boosted,” President Biden said. “Just contact your favorite Fox News reporter. They’re all here. Vaccinated and boosted.”

In addition to speeches from the president and comedian Trevor Noah, the hourslong event had taped skits from talk-show host James Corden, comedian Bill Eichner and even Biden himself.

“Thank you for having me here,” Noah said to the president. “And I was a little confused on why me, but then I was told that you get your highest approval ratings when a biracial African guy is standing next to you.”

The free press is not the enemy of the people — far from it. pic.twitter.com/0JNmAlmBAc

While the majority of the speech was filled with cutting jabs, President Biden did make note of the important role journalism plays in American democracy, especially in the last decade.

“I mean this from the bottom of my heart, that you, the free press, matter more than you ever did in the last century,” he said. “You are the guardians of the truth.”

The dinner had other serious moments, with tributes to pioneer journalists of color, aspiring student reporters as well as a dedication to the journalists detained, injured or killed during the coverage of the ongoing Russian invasion of Ukraine.

Accompanied by the first lady, the president came to the event while trying to strike a careful balance with the nation fatigued by the pandemic yet facing an uptick in infections. The ongoing national threat has struck closer to home for the president: Vice President Kamala Harris tested positive this past week and Dr. Anthony Fauci skipped the dinner for health precautions.

The correspondents’ dinner debuted in 1921. Three years later, Calvin Coolidge became the first president to attend and all have since, except Trump. Jimmy Carter and Richard Nixon opted not to attend every year of their presidencies, however, and Reagan, then recovering from an assassination attempt, missed the 1981 installment — but called in from Camp David.