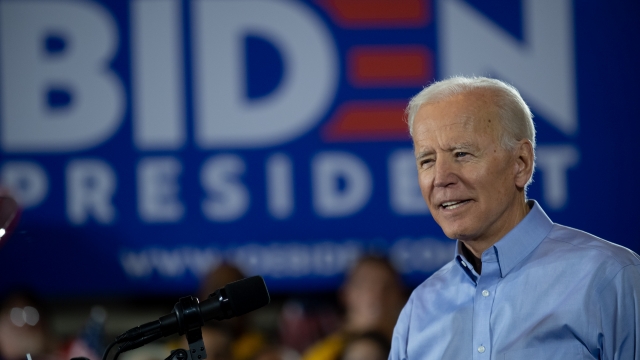 The rule is the Hyde Amendment, which generally prohibits federal funds from being used on abortion procedures, except in cases of rape, incest or when the woman's life is in danger. Biden supported the amendment for years, but now he says times have changed.

"We now see so many Republican governors denying health care to millions of the poorest and most vulnerable Americans by refusing even Medicaid expansion. I can't justify leaving millions of women without access to the care they need and the ability to exercise their constitutionally protected right," Biden said.

The Hyde Amendment first appeared in 1976 when it was attached to the annual budget approval for the Department of Health and Human Services. It's been re-approved every year since then, and similar restrictions have expanded to other federal agencies that oversee health care services for certain groups of people, including the Departments of Defense, Treasury and Justice.

In his speech Thursday, the Democratic presidential candidate said his change of heart stemmed largely from the growing number of anti-abortion laws at the state level. The Hyde Amendment only impacts federal funds, so the limitations it sets can disproportionately impact poor areas that rely on Medicaid. When state laws force clinics like those run by Planned Parenthood to shut down, some communities are left without affordable options.

"If I believe health care is a right as I do, I can no longer support an amendment that makes that right dependent on someone's ZIP code," Biden said.

Biden's announcement is especially notable because just one day before, his campaign confirmed his support for the Hyde Amendment.