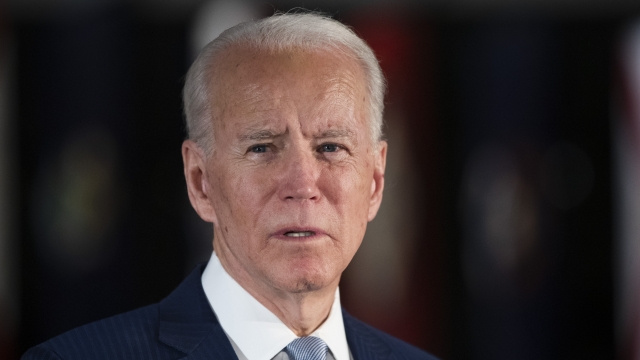 SMS
Biden Apologizes For Interview Remarks About Black Voters
By Amber Strong
By Amber Strong
May 22, 2020
The notion that the Democratic Party takes Black voters for granted has been a major talking point for progressives and conservatives.
SHOW TRANSCRIPT

The notion that the Democratic Party takes Black voters for granted has been a major talking point for progressives and conservatives.

And an interview with presumptive Democratic nominee, Joe Biden brought it front and center.

“If you have a problem figuring out if you’re for me or Trump, then you ain’t Black,” said Biden.

“It don’t have nothing to do with Trump. It has to do with the fact that I want something for my community,” replied radio host Charlamagne tha God.

The former VP was defending his voting record, including supporting the 1994 crime bill, and touting his history with the Black community when he made the remarks on the popular radio show "The Breakfast Club", a must for Democrats hoping to reach Black voters.

Shortly after that remark, the interview ended due to time constraints from the Biden campaign.

Biden told African American business leaders later in the day that his remarks were unfortunate and he regretted being so "cavalier".

Senior Biden campaign adviser Symone Sanders tweeted that the comment was made in jest and Biden could “put his record with the African-American community up against Trump’s any day.”

On a press call, the Trump campaign rebuked the remarks. Other members of the GOP are also weighing in.

Biden's support among Black voters has helped him all but clinch the Democratic presidential nomination.

According to a recent poll from Fox News, 81% of African Americans say if the election were held today, they’d vote for Biden.