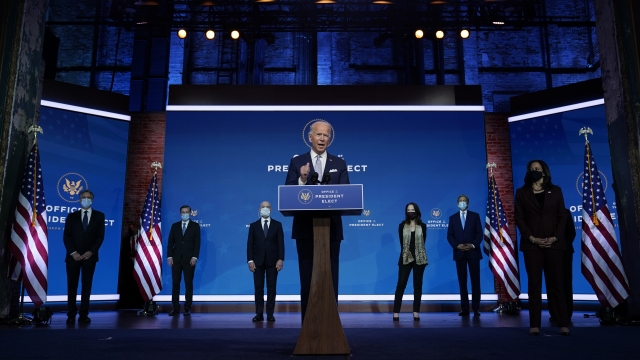 SMS
Biden Received Over 80 Million Votes In Election
By Newsy Staff
By Newsy Staff
November 25, 2020
President-elect Joe Biden won Nevada by over 14,000 votes and Pennsylvania by over 80,000 votes.
SHOW TRANSCRIPT

In the popular vote column, President-Elect Joe Biden has crossed the 80 million votes now. That's the most among any nominee.

Nevada's Supreme Court made Biden's win in that interstate official. He won by over 14,000 votes.

President Trump's campaign sue over unverified allegations of fraud. It was later thrown out.

And Pennsylvania certified it's votes, Biden with 20 electoral votes there. The state supreme court threw out a lawsuit attempting to block the certification.