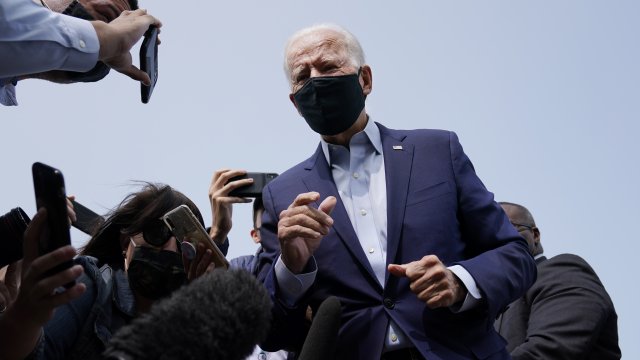 Democratic nominee Joe Biden is ramping up his travel schedule with stops Tuesday in Florida. Recent polling shows Biden and President Trump virtually neck-and-neck across the state, with Latino voters poised to play a crucial role determining the winner.

Democratic Florida State Sen. Annette Taddeo, who represents parts of Miami-Dade County, says the trip marks an important pivot by the campaign to better appeal to the key voting bloc.

Biden in recent weeks has hired more Latino staffers on the ground in the Sunshine State, vice presidential nominee Kamala Harris made a stop there last week, and now the nominee himself.

The Biden camp is fielding criticism that it's not doing enough to win over more Latino voters. He will most likely walk away with the Latino vote, and is currently polling ahead among Hispanics in the state 53 vs 37. However, his support is far weaker than what Hillary Clinton got from Florida Latinos in 2016.

But it's the margin of the win that could make the difference in one of the nation's top battlegrounds. And Biden’s push comes as President Trump and his campaign have taken major efforts to improve the GOP's standing in the community outside of historically Cuban support.

Chuck Rocha, a former senior advisor to the Bernie Sanders campaign, says it may already be too late for Democrats to make up some of the ground he believes was lost over recent months.

Rocha is aiming to make up for that with his own super PAC that will use many of the same outreach efforts that helped Sanders win Hispanic support in the Democratic primary.

But he says a bigger investment from the DNC or the campaign would go far. It comes as former candidate Michael Bloomberg announced recently he'll spend $100 million in Florida alone. Money that Rocha says will only have an impact if used wisely.

Still with about a month and a half until Election Day, Rocha says Florida is not out of reach for Biden. President Trump's campaign, meanwhile, is also spending significant time and money in the state.