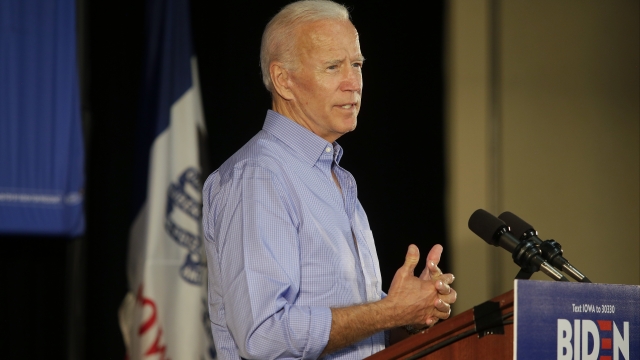 "And Madam President, we have predators on our streets...And it's a sad commentary on society. We have no choice but to take them out of society."

That was then-Senator Joe Biden, pushing for the Senate to pass the 1994 crime bill. It was drafted amid a political firestorm over gangs and crack cocaine. But critics, including his current Democratic primary opponents, have assailed the Clinton-era legislation for imposing disparities in drug sentencing laws and accelerating mass incarceration of Africans-Americans.

Now the former vice president is a championing a new plan. Unveiled Monday, his "Safe Justice Act" calls for reforming the criminal justice system to end racial disparities. He calls for fair sentencing and fighting crime and addiction while focusing on "redemption and rehabilitation."

"No one should be going into jail because they are addicted. They should be going into rehabilitation....For all our problems, I have to say I've never been more optimistic about the nation's future. One of the reasons is because of the perspective gained over my years of public service."

"The public is ready. They are ready. They've had enough...I believe my criminal reform package is as strong or stronger than anyone else's. I'm amazed how far we've come. But I know how much further we have to go, and what we're capable of doing."

Critics and Democratic primary rivals, such Sen. Cory Booker, suggest Biden is trying to reform a system he helped create.

So he faces this question: After helping draft the 1994 crime bill, will his new plan make amends?