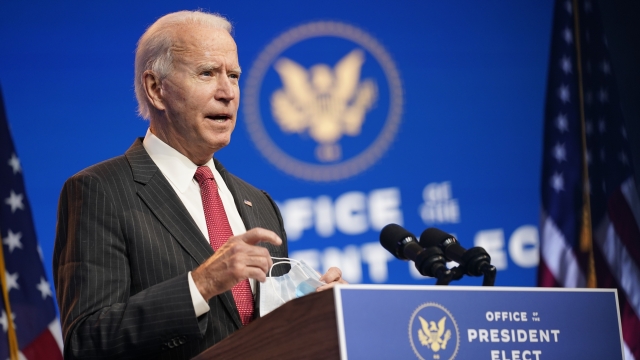 There are less than 60 days left until President-elect Joe Biden's inauguration.

His incoming chief of staff Ron Klain said because of the pandemic, the team is working on a scaled-down event.

"We have consulted with House and Senate leadership. They're going to try to have an inauguration that honors the importance and the symbolic meaning of the moment, but also does not result in spread of the disease. That's our goal," he said.

Traditionally, presidential inaugurations have large crowds that fill the national mall. They also include a lunch with lawmakers and a parade. We haven't learned what specific precautions will be taken at next year's event.