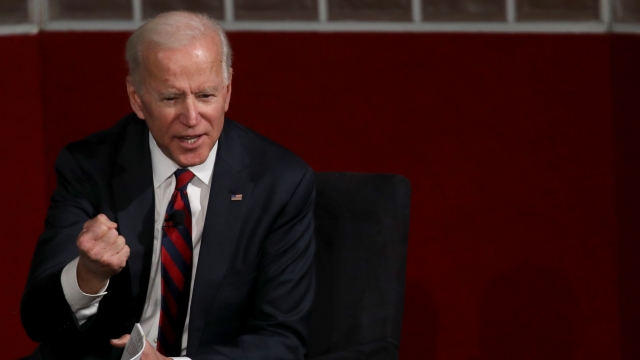 He just threw his hat into the ring for a 2020 run, but former Vice President Joe Biden says he's already raised more than his Democratic competitors.

Biden's campaign announced Friday he received $6.3 million in donations within the first 24 hours of launching his presidential bid.

That total surpasses other Democratic candidates, like Sen. Bernie Sanders, who came in at $5.9 million in the same time frame. Former Rep. Beto O'Rourke brought in $6.1 million in his first day.

Here's how Biden's numbers break down: more than 96,000 people donated from all U.S. states and territories, and 97 percent of online donations were less than $200. The average online donation was $41.

But Biden's campaign kick-off hasn't come without some controversy. The former vice president has recently faced accusations from multiple women who say he touched them in a way that made them feel uncomfortable. He has addressed those accusations, saying he will be "more mindful and respectful" of personal space.

Recent polls show Biden as a front-runner among 2020 candidates. He joins an ever-growing list of Democratic presidential hopefuls, including U.S. Sens. Cory Booker, Kamala Harris and Elizabeth Warren, just to name a few.