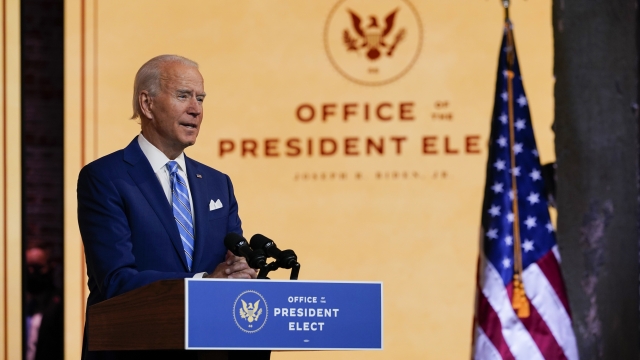 The report will include information from U.S. intelligence agencies, according to Biden's office.

It's tradition the president-elect receive the same briefing as the president. But that was delayed this year as President Trump challenged the election results.

The Biden-Harris team is expected to meet with advisers after the briefing. And its list of aides is expected to grow this week. Biden is set to name members of his economic team.

According to reports, he'll nominate Janet Yellen to serve as Treasury Secretary. If confirmed, she'd become the first woman to lead the department.

He's also expected to name Neera Tanden as the Director of the Office of Management and Budget. She'd become the first woman of color and the first South Asian woman in that role.