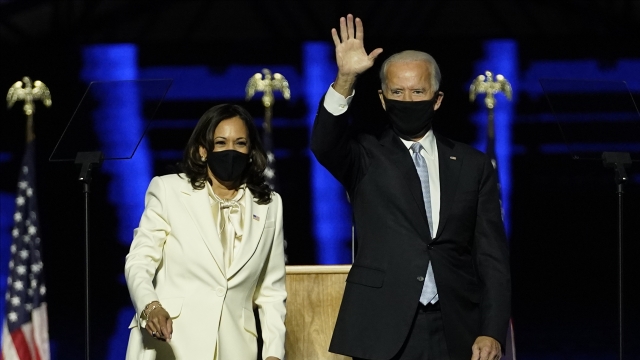 Magazine says the incoming White House duo was chosen because they are "changing the American story."

Time Magazine named its "Person of the Year", and it's President-Elect Joe Biden and Vice-President-elect Kamala Harris.

Now while every president since President Franklin Roosevelt has received the honor at some point in their term, it's this is the first time a vice president has been included.

Time's Editor-in-Chief says the incoming White House duo won because they are "changing the American story" and showing that empathy is greater than division.