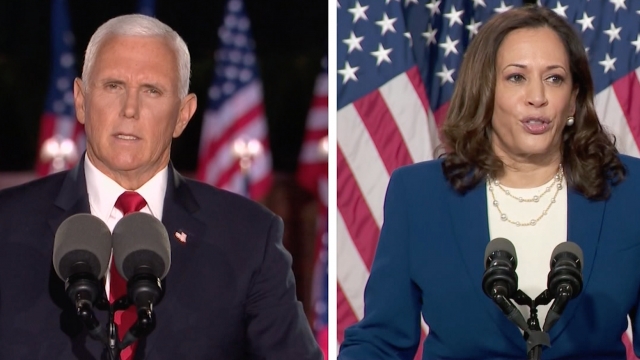 The Biden and Trump campaigns are working to win voters in key counties this Labor Day.

While Biden courted swing voters and labor workers, Sen. Harris spent the day with electrical workers in a democratic stronghold, Milwaukee. Hillary Clinton won the county by 37 points in 2016. President Obama held the county by similar numbers in both of his elections. The campaign also focused on Black-owned businesses in the area and how a Biden-Harris administration would help build their businesses grow.

The Trump campaign, on the other hand, is focusing on a county that swung far left in previous elections. While the president stayed in Washington, Vice President Pence met with workers in La Crosse, Wisconsin.

"President Donald Trump and I are going to keep standing strong for American workers and American jobs until China comes to the table, lowers trade barriers, respects American properties and levels the playing field," Pence said.

Voters in both Wisconsin and Pennsylvania, two key swing states, are leaning toward Vice President Biden. A Rasmussen poll has him up by eight in Wisconsin, and a CBS poll released Sunday has him up by six.

Biden is ahead among White women by nine points in the state, while Trump is leading non-college-educated White voters by 10.