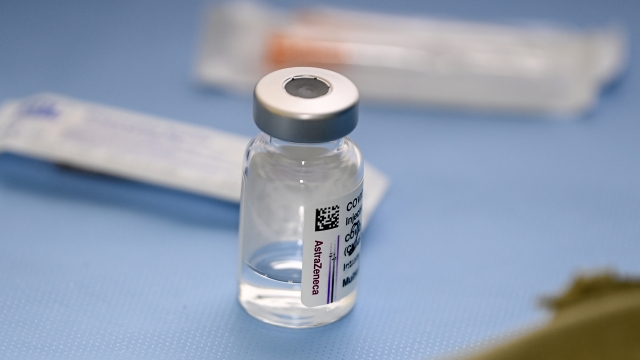 SMS
Biden Administration Facing Growing Calls To Share Vaccines Globally
By Kellan Howell
By Kellan Howell
March 24, 2021
The U.S. may soon have a surplus of COVID-19 vaccines and experts say America should do more to share doses with other countries.
SHOW TRANSCRIPT

As the Biden administration races past its vaccination benchmarks, questions mount over if and how to use extra jabs as a form of diplomacy around the world.

"We will obviously in the future have surplus vaccine and there certainly is a consideration for making that vaccine available to countries that need it," Dr. Anthony Fauci, the U.S. top expert on infectious diseases, said Wednesday.

The U.S. has contracted millions more coronavirus vaccine doses than there are Americans.

So far, the U.S. has agreed to share just 4 million vaccine doses with Canada and Mexico. and some experts say it will soon be time for the U.S. to step up its vaccine diplomacy.

"Just on basic humanitarian grounds and as a trade off in terms of foreign policy objectives, we can and should use these vaccines to accomplish those goals," said Peter Meyers, a law professor at George Washington University who previously directed the school's vaccine injury litigation clinic.

The agreement to loan vaccine doses to Mexico comes as the U.S. is seeking help to deal with a surge of migrants at the southern border.

Both the U.S. and Mexico have denied that the vaccines were shared with any strings attached. Mexican officials told Newsy the deal was not made on a quid pro quo basis, saying the negotiations began almost two months ago during the first conversations between Presidents Lopez Obrador and Joe Biden.

Meanwhile some of America's top global competitors like Russia and China have been much more generous in shipping doses outside their borders.

The Biden administration has said it wants to be a part of the global solution to the pandemic, but the White House doesn't want to make decisions about excess vaccine supply too soon.

"There are obviously a number of factors, including the fact that these variants are unpredictable.  We’re still at war with the virus.  We don’t know which one is going to work best with children," White House Press Secretary Jen Psaki told reporters on Monday.

Though millions of Americans have yet to get the shot, the U.S. has contracted 300 million doses of AstraZeneca's vaccine that has yet to get U.S. approval. Making it the most likely choice to ship out to countries that have OK'd the shot.

"What the Biden administration is doing is a very good first step, but that's all it is," Meyers said. "We're going to have so many excess doses of these coronavirus vaccines and we should be doing more to get them out to countries that need them."