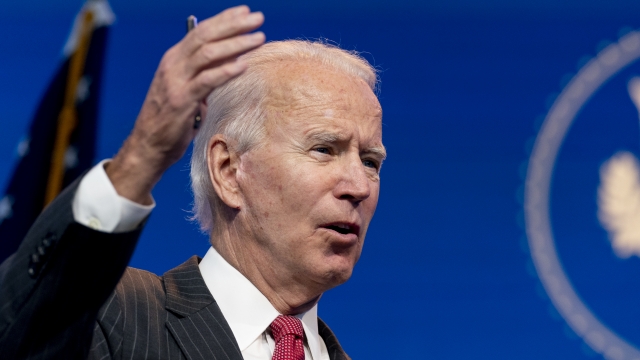 That makes him the oldest president in the nation's history.

But Biden and Vice President-elect Kamala Harris are still waiting to begin the transition to the White House.

That's because President Trump is pressing on with his efforts to change the election results.

Today the president will meet with Republican lawmakers from Michigan.

According to multiple reports, the Trump campaign's strategy is to persuade Republican-controlled legislatures in key states Biden won to undermine election results.

Here's what Biden said about the plan:

"It's going to be another incident where he will go down in history as being one of the most irresponsible presidents in American history. It's just out of the, not even within the norm at all."