For President Biden, It's Not the 'China Virus' 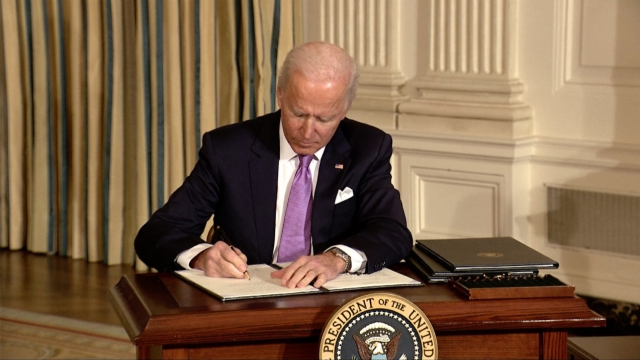 For nearly a year, Americans have heard language like this …"Wuhan Virus" and "China Virus."

"Words matter. The use of words such as 'Chinese virus,' 'Wuhan flu,' not to mention the worst connotations of that, clearly had an effect on our Asian-American community," said John C. Yang, president and executive director of the Asian Americans Advancing Justice.

Yang says his group was in touch with President Joe Biden’s team as they made plans to formally condemn Anti-Asian hate and violence that stemmed from this kind of language. Asian Americans and Pacific Islanders or AAPIs feel they have been notoriously singled out, especially in this pandemic.

In a stark contrast from his predecessor, the president condemned Anti-Asian hate and violence in a January memorandum.

There’s no federal data available for anti-Asian hate crimes and incidents but Stop AAPI Hate reported 2,808 of them last year.  Now, the president is calling on the Attorney General to expand data collection including hate incidents.

"It is a symbolic act, but I think the symbolism and what it represents is major, that he's actually responding to the Asian-American community concerns," said cofounder of Stop AAPI Hate, Russell Jueng.

Congresswoman Grace Meng of New York, who is outspoken against the rise of Asian hate crimes and discrimination, commended Biden's actions.

"I was thrilled to see that President Biden's executive memorandum actually had some language from three of my bills," says Meng.

One of them is COVID-19 language access to expand COVID-19 materials into additional languages.

"We know through conversations that we've had in the past and by the people working in his administration that the steps that will be taken will go much more beyond just a memorandum," said Meng.