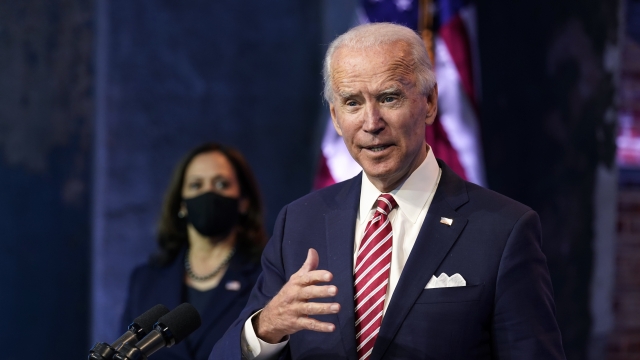 President-elect Joe Biden moved forward with the transition process as he announced who will be filling several key White House positions on Tuesday.

Biden has drawn from the senior ranks of his campaign and some of his closest confidants to fill out an increasingly diverse White House leadership team. This latest round includes four people of color and five women.

Also joining the Biden administration is Mike Donilon who will serve as senior advisor, Dana Remus who will serve as counsel and Julie Rodriguez who has been named director of the White House office of intergovernmental affairs.

Biden's current traveling chief of staff, Annie Tomasini, will serve as the director of Oval Office operations and his campaign adviser, Steve Ricchetti, will play senior roles in the new administration as well.

The new hires represent an initial wave of what will ultimately be hundreds of new White House aides hired in the coming weeks as Biden builds out an administration to execute his governing vision.

The Democrat will be inaugurated Jan. 20.