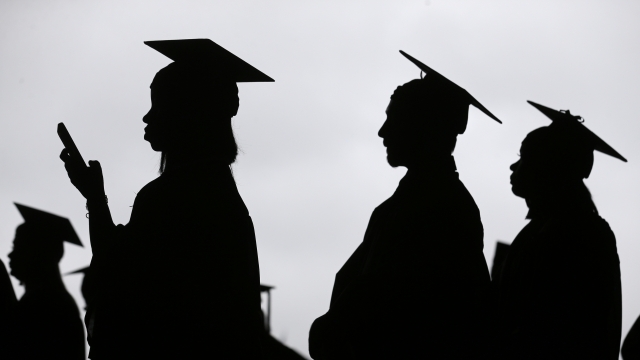 The administration is taking steps to overhaul the Public Service Loan Forgiveness program to help borrowers who were rejected for various reasons.

The Biden administration is working to overhaul a troubled student loan forgiveness program for public service workers. One borrower, Kim Hiebert, says the program hasn't been working for her.

The elementary school teacher is afraid of the more than $65,000 she holds in student debt. Selling blood plasma helps her get by but she worries her children will be taking it on after she dies.

"I don't want them to take my loans because it's not their fault," Hiebert said. "But I can't get out and it hurts."

This summer, Hiebert applied to have the remaining balance on one of her loans forgiven under the Public Service Loan Forgiveness program.

Congress established PSLF in 2007. The idea was that if you work in public service for 10 years and make 120 monthly payments toward your loan, then the remaining balance would be forgiven.

After working as a significant support needs teacher for the past 15 years, Hiebert thought she was exactly the type of public servant the program intended to help.

"I was working for it and had it marked on my calendar when that 10 years was up or when that 120 payments is up and I'm going to apply for those programs," she said. "I was denied."

Hiebert was told she didn't qualify for the forgiveness because she had the wrong type of loan and would need to switch to a different loan.

"I called my servicer and asked if I'm going to have to start my 120 payments over again. They said yes because it's a new loan."

It turns out Hiebert isn't alone. According to data from the Department of Education, 98% of borrowers are being rejected from PSLF. Over 80% of applicants were rejected for not having the right type of loan.

Now the Biden administration is taking steps to overhaul the program, including a temporary waiver allowing borrowers to receive credit for past payments that weren't counted toward their loan forgiveness.

The Department of Education is also kicking off a federal rule-making process to pursue long-term reforms to simplify the program for future borrowers.

"Unfortunately, the program hasn't really helped them," Cardona said. "We need to make it easy for our borrowers to get information, but also to go through the process for loan forgiveness. So, to the students who are waiting, know that this is just the beginning. We're going to continue to make sure that we're more user friendly and that we're clear about what steps they need to take to get public service loan forgiveness."

The changes mean Hiebert could have about $30,000 worth of her debt forgiven — an amount she says would be life-changing.

"It would mean so much for me because I could get a house," she said. "We haven't had a house or somewhere I can live in as I go toward my retirement."