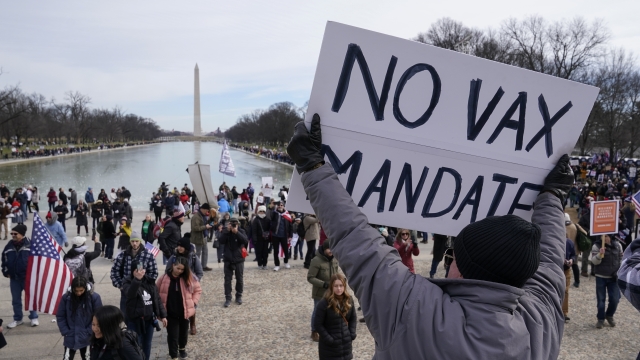 The Supreme Court blocked the mandate that would have required companies with more than 100 employees to require COVID vaccination or regular testing.

The Biden administration has officially withdrawn its vaccination-or-testing mandate for businesses with more than 100 employees.

The move comes after the Supreme Court blocked the mandate, which would have affected tens of millions of Americans.

The conservative majority ruled the administration overstepped its authority by seeking to impose OSHA's vaccine-or-test rule on U.S. businesses.

Those large businesses will no longer be required to ensure their workers are vaccinated and won't have to make unvaccinated employees undergo regular COVID-19  testing.

Meanwhile, the office of the Occupational Safety and Health Administration — which is part of the Labor Department — is still keeping this as a proposed rule. That means it's not entirely eliminated, but they can't legally enforce it.

However, any health care facility that accepts Medicare or Medicaid still has to follow this rule.