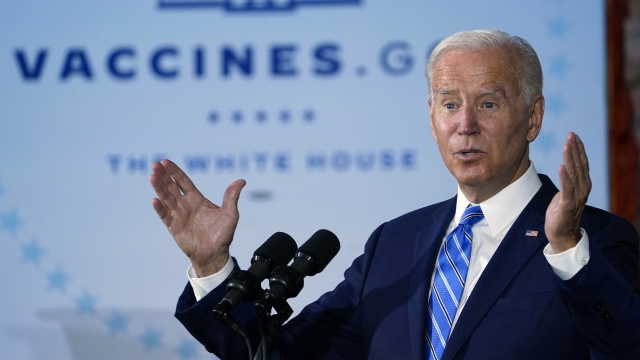 The Biden administration framed its vaccine mandate for private employers in life-and-death terms Monday in a legal filing that sought to get the requirement back on track after it was halted by a federal court. 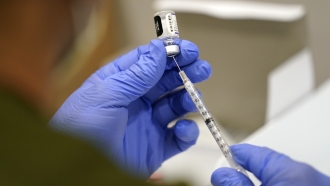 Vaccine Mandate For Private Companies To Be Released

Its filing is in response to a stay issued over the weekend by the New Orleans-based 5th U.S. Circuit Court of Appeals. The court said there is no reason to rush into a ruling on whether the halt should be made permanent because the vaccine mandate won't take effect until Jan. 4. Stopping the mandate from taking effect will only prolong the COVID-19 pandemic and would “cost dozens or even hundreds of lives per day,” lawyers for the Justice and Labor departments said.

As of Sunday, the seven-day rolling average for daily new deaths in the U.S. was 1,151, but it's not clear what role a future vaccine mandate for private businesses would play in reducing that figure.

More than two dozen Republican state attorneys general, businesses, religious groups and conservative associations sued on the grounds that the federal government does not have the right to make the regulation, partly because COVID-19 is not a workplace-specific danger.

At least 27 states filed legal challenges in at least six federal appeals courts after OSHA released its rules last week. All the states have a Republican governor or attorney general.

Over the weekend, judges on the New Orleans-based federal court paused the rule from taking effect, saying it raises “grave statutory and constitutional issues” and told the federal government to explain why the stay should not be made permanent.

The federal government said in its court filings Monday that the cases should be consolidated and that one of the circuit courts where a legal challenge has been filed should be chosen at random on Nov. 16 to hear it.

The administration announced plans for the workplace rule in September and unveiled the plans Nov. 4. Many Republican governors and state attorneys general signaled ahead of time that they would challenge it immediately, as they did with multiple federal lawsuits filed Friday.