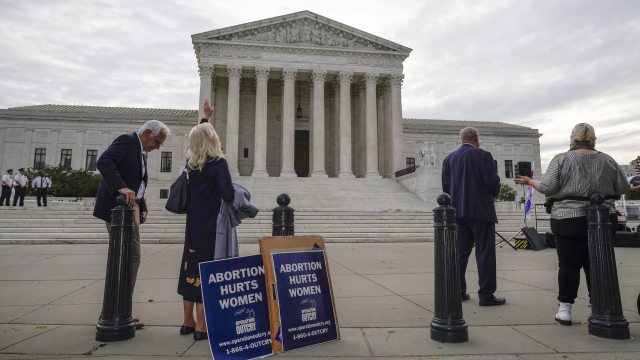 The Biden administration said Friday it will turn next to the U.S. Supreme Court in another attempt to halt a Texas law that has banned most abortions since September.

It comes as the Texas clinics are running out of avenues to stop the GOP-engineered law that bans abortions once cardiac activity is detected, which is usually around sixe week. It amounts to the nation's biggest curb to abortion in nearly 50 years.

The latest defeat for clinics came Thursday night when a federal appeals panel in New Orleans, in a 2-1 decision, allowed the restrictions to remain in place for a third time in the last several weeks alone.

Justice Department spokesman Anthony Coley said the federal government will now ask the Supreme Court to reverse that decision but did not say how quickly.

The Biden administration was under pressure from abortion rights supporters to go to the Supreme Court even before the announcement. The court already once allowed the restrictions to take effect, but did so without ruling on the law's constitutionality.

Since the law took effect Sept. 1, Texas women have sought out abortion clinics in neighboring states, some driving hours through the middle of the night and including patients as young as 12 years old. The law makes no exception for cases of rape or incest.

The Texas Attorney General's Office called the decision Thursday night by the 5th U.S. Circuit Court of Appeals a “testament that we are on the right side of the law and life."