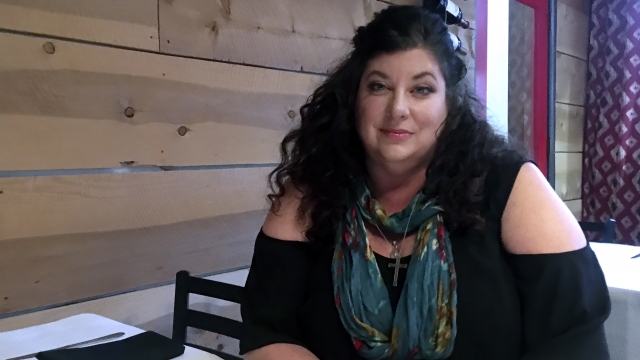 SMS
Biden Accuser Tara Reade Calls For Him To Exit Presidential Race
By Shira Tarlo
By Shira Tarlo
May 7, 2020
Tara Reade alleges Joe Biden sexually assaulted her in 1993, and she wants the presumptive Democratic nominee to quit his 2020 campaign.
SHOW TRANSCRIPT

Tara Reade, the woman who alleges Joe Biden sexually assaulted her in 1993, has called on the presumptive Democratic nominee to drop out of the 2020 race.

"You and I were there, Joe Biden. Please step forward and be held accountable. You should not be running on character for the president of the United States," Reade said Thursday in an interview with Megyn Kelly.

"You want him to withdraw?" Kelly asked.

Reade says the assault happened while she was working as a staff assistant in Biden's Senate office. Biden has vigorously denied the allegations.

Reade says she has received death threats and has felt unsafe since coming forward about the alleged incident in March.

"Some of his surrogates with the blue checks, you know, that are his surrogates have been saying really horrible things about me and to me on social media. He hasn't himself, but there is a measure of hypocrisy with the campaign saying it's safe," Reade told Kelly. "It's not been safe. You know, all of my social media has been hacked. All of my personal has been dragged through."

Kelly has reported extensively on sexual harassment, informed by her personal experience from her tenure at fox news. She accused Roger Ailes, the former Fox News CEO and chairman, of sexual harassment. Ailes was ousted in 2016 amid the scandal.