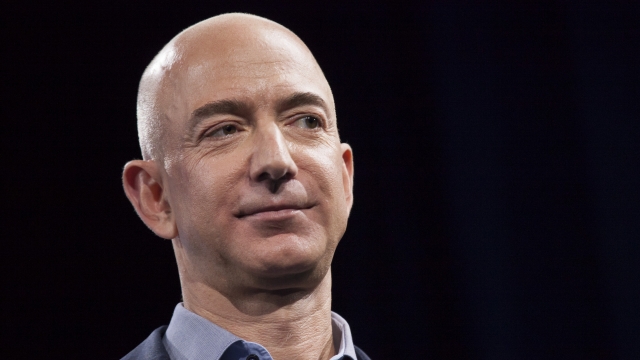 In an Instagram post, Bezos, the richest person in the world, said he is committing $10 billion "to start" and that he'll begin awarding grants this summer.

He said the money will be given to scientists, activists, NGOs and "any effort that offers a real possibility to help preserve and protect the natural world."

Thousands of Amazon employees have pressured Bezos to do more to protect the environment. Many of them even staged a walkout in September. Just a day before the walkout, Amazon pledged to go carbon-neutral by 2040 and said it will add 100,000 electric delivery vans to its fleet by 2024.

In response to Monday's announcement, Amazon Employees for Climate Justice said in a statement: "We applaud Jeff Bezos' philanthropy, but one hand cannot give what the other is taking away. The people of Earth need to know: When is Amazon going to stop helping oil & gas companies ravage Earth with still more oil and gas wells?"

Bezos has a net worth of about $130 billion.