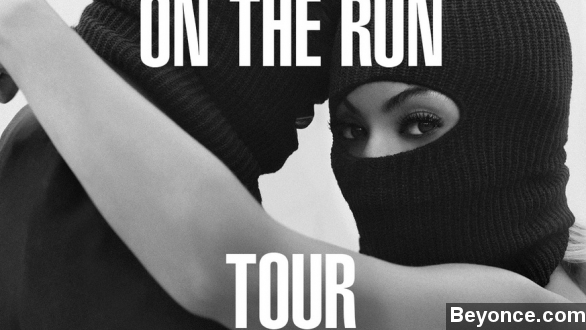 By Jasmine Bailey
April 28, 2014
After rumors, Beyonce and Jay-Z officially announced dates for their summer tour "On the Run."
SHOW TRANSCRIPT

​When the news first broke, we thought it was too good to be true. But it's official: "On the Run" is on the go.

Yes, superstar power couple Beyonce and Jay-Z are going on tour together. Monday the dates for the hottest tour of the year were announced. Will they be coming to a city near you? (Via Instagram / yassiesian)

​Here's the breakdown. The tour kicks off June 25 in Miami. From there, it's Cincinnati, Foxborough, Philadelphia, Baltimore, Toronto, East Rutherford, Atlanta, Houston, New Orleans, Dallas, Chicago, Winnipeg, Seattle, L.A. and lastly the duo will finish up in San Fran Aug. 5. (Via Beyonce.com)

The New York Daily News noted the dates are a bit tentative because "as with her Mrs. Carter World Tour, Beyoncé could reveal more tour stops later on."

One dollar from every ticket sold will be donated to the Shawn Carter Scholarship Foundation, which aims to help people facing financial hardship further their education.

Jay and Bey are no strangers to sharing the stage. And earlier this month they were spotted making a surprise appearance at Coachella. (Via Billboard)

Not to mention Beyonce just finished her 132-show "Mrs. Carter" world tour where her hubby made an appearance. That is one hardworking couple. (Via YouTube / Xrusabee)

No doubt "On the Run" will be hot, but hopefully the pair gets a little time to take it easy, too.