Beyoncé Is Ready To Slay Coachella ... And Music History 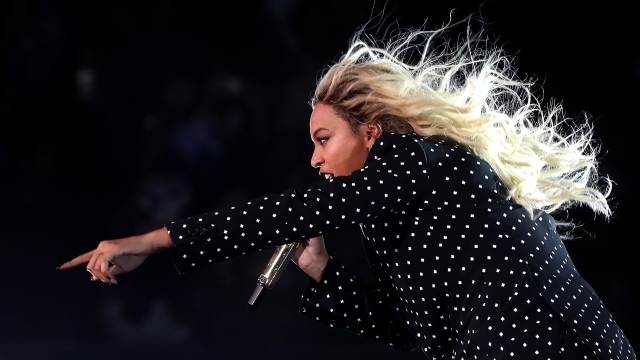 SMS
Beyoncé Is Ready To Slay Coachella ... And Music History

By Cody LaGrow
January 4, 2017
Beyoncé will be the first woman of color to headline her own set at Coachella since the festival began in '99.
SHOW TRANSCRIPT

If the following noises make you do this, this or this, then you'll be pleased to hear Beyoncé Giselle Knowles-Carter is set to headline both Saturdays of the Coachella Valley Music and Arts Festival.

Beyoncé is the first solo female act to headline the festival in a decade. On top of that, she's the first woman of color to lead her own set there.

Queen Bey joins Radiohead and Kendrick Lamar as the festival's other headliners. They are set to take to the stage in April 2017.

In the past, the two weekends in the desert have been dubbed "Brochella" for the lack of diversity.

But leave it to Beyoncé to remind us who "run the world."