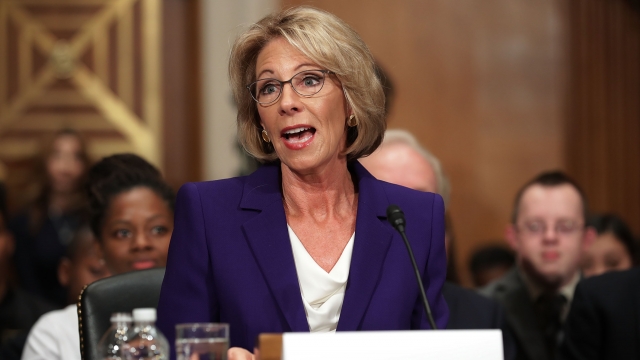 Secretary of education nominee Betsy DeVos fielded a question at her Senate confirmation hearing about whether guns have a place in schools. A day later, her answer is making headlines.

"Well, I would refer back to Sen. Enzi and the school that he was talking about in Wapiti, Wyoming. I think probably there, I would imagine that there's probably a gun in the school to protect from potential grizzlies," DeVos said.

DeVos was being questioned by Sen. Chris Murphy of Connecticut. Murphy has pushed for stricter gun regulation since the Sandy Hook Elementary School shooting in 2012, which happened in his state. 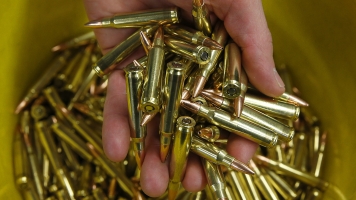 DeVos cited grizzly bears as a reason states should decide if guns should be allowed in schools. Murphy later tweeted he was "shaken to the core" by that answer.