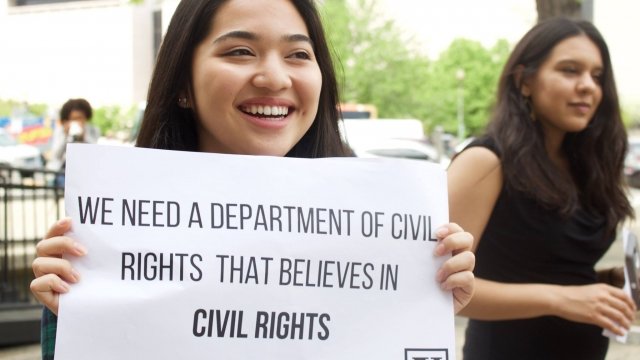 "Instead of working with schools on behalf of students, the prior administration weaponized the Office of Civil Rights to work against schools and against students," DeVos said.

Back in 2014, former President Barack Obama created a task force to protect students from sexual assault. The White House ended up working with the Office for Civil Rights to help schools structure their Title IX procedures in assault cases. Activist groups said the actions from the White House and Education Department better protected survivors and held schools accountable.

DeVos' biggest gripe with that system? An apparent lack of due process.

But according to the OCR's Title IX Resource Guide, schools are required to designate at least one employee as Title IX coordinator, who is responsible for drafting and revising school procedures to comply with Title IX. The coordinator also investigates Title IX complaints.

Some schools have gone beyond creating dedicated Title IX coordinators and have hired investigators with specialized training in sexual misconduct adjudication. This process is supposed to make sure cases are handled professionally and without bias.

DeVos is critical of the current system's reliance on a "preponderance of evidence" — the lowest standard of proof — to punish accused students. She thinks those students need more protections.

"Some suggest that this current system, while not perfect, at least protects survivors and must thus remain untouched, but the reality is it doesn't even do that," DeVos said. "The notion that a school must diminish due process rights to better serve victims, only creates more victims."

DeVos will begin the overhaul of Title IX procedures by taking public comments, as well as hearing from schools, experts and students.

DeVos has already begun taking suggestions from some experts and referenced in her speech the idea of creating a "voluntary opt-in center" where professionally trained experts would work with schools to handle cases.

Ultimately, DeVos wants to institute a system that requires a higher standard of evidence to punish students accused of sexual assault. But some experts and activists say this direction would be harmful to survivors. 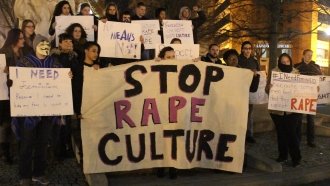 The director of advocacy group SurvJustice told The Washington Post higher standards of evidence are skewed to protect accused students and are "not really appropriate on the campus level."

Advocacy group Know Your IX said in statement, "DeVos and the Trump Administration have given us every indication their goal isn't equality, but helping abusers and rapists avoid accountability."