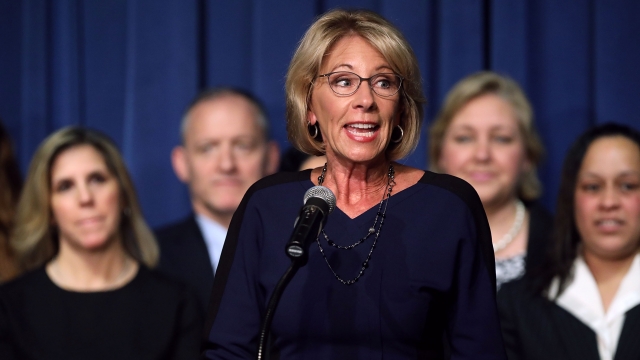 Education Secretary Betsy DeVos spoke at a tech conference in Utah, and the metaphor she used to advocate for school choice has some people shaking their heads.

"If a school is not meeting a child's unique needs, then that school is failing that child," Devos said at summit run by Arizona State University and Global Silicon Valley. "Think of it like your cellphone. ... If you can't get cellphone service in your living room, then your particular provider is failing you."

The billionaire businesswoman is a longtime advocate of school choice, which lets parents pick education options not based on address for their kids.

Critics argue it can take away funding from public schools.

This isn't the first time DeVos has used a controversial comparison to make her case.

In February, a statement of hers said historically black colleges and universities are the "real pioneers when it comes to school choice." 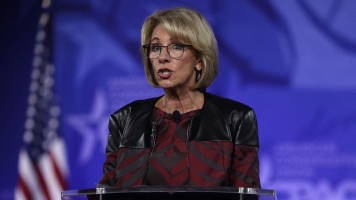 Education Secretary DeVos Gets Pricey Protection From US Marshals

But those schools were founded out of necessity; they were the only choice for students of color before integration.

Critics say that statement showed just how out of touch DeVos is with some of the populations she serves as education secretary.

DeVos later backtracked and said the schools were created "in the face of racism," not to give black students more choices.