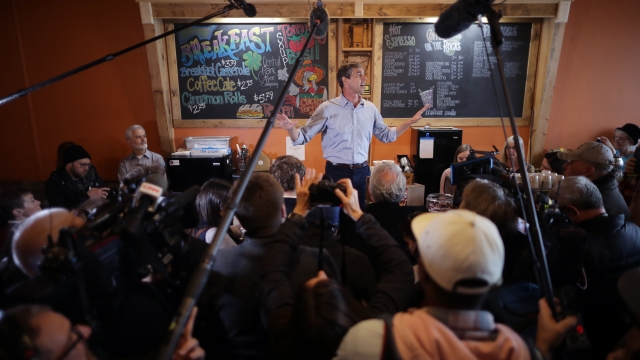 Beto O'Rourke's presidential campaign is off to a strong financial start.

The Texas Democrat officially announced his candidacy Thursday. In the first 24 hours, his campaign says he raised over $6 million, with donations coming in from every U.S. state and territory.

That number is notable because it beats the total from another Democratic candidate with a large grassroots base — Sen. Bernie Sanders. His fundraising total for the first 24 hours of his 2020 campaign was $5.9 million.

O'Rourke has said he wants his campaign to be funded by everyday people, and he's pledged not to take money from political action committees.

He already demonstrated his fundraising prowess during his U.S. Senate campaign in Texas, but O'Rourke ultimately lost that campaign to Sen. Ted Cruz. Some political watchers wondered whether he could draw the same kind of power on a national scale, but his early numbers indicate he's off to a solid start.