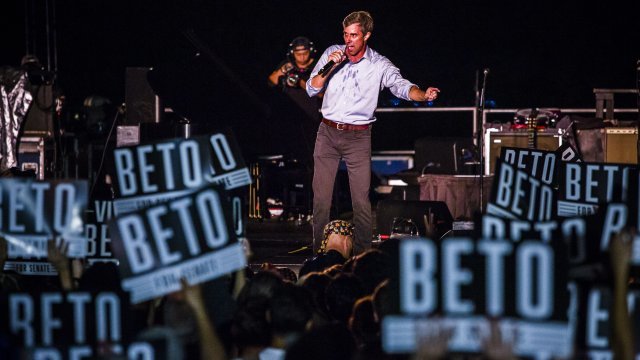 That's more than triple the total his opponent Sen. Ted Cruz reported over the same period, and well above the previous record of $22 million — raised by New York Republican senate candidate Rick Lazio in 2000.

O'Rourke has touted his campaign's rejection of donations from political action committees — PACs — and the amount of individual donations his campaign has received, which he says number more than 200,000.

Despite the record-breaking fundraising totals, O'Rourke is still a long shot in Texas. It's been more than 20 years since Texans elected a Democrat to a statewide office.

A recent poll from the New York Times Upshot and Siena College has O'Rourke trailing Cruz by eight points, with a 3.6 point margin of error.