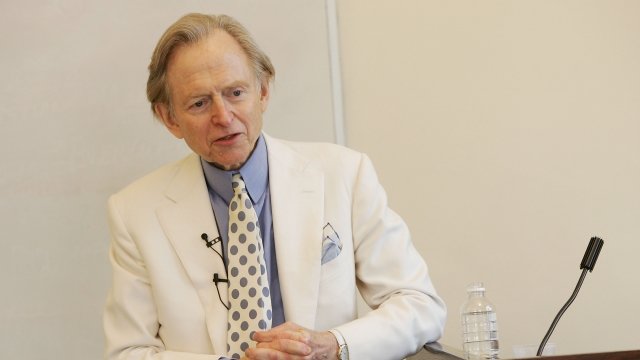 Best-selling writer Tom Wolfe died on Monday. Newsy confirmed through his agent Lynn Nesbit that he was 88.

Wolfe was known for his fiction and nonfiction works, like "The Bonfire of the Vanities" and "The Right Stuff." Both books were later turned into movies.

Multiple outlets credit Wolfe as a creator of "New Journalism," a style that combined traditional reporting and immersive writing.

His agent told The Wall Street Journal: "He is not just an American icon, but he had a huge international literary reputation. All the same, he was one of the most modest and kindest people I have ever met."

Wolfe is survived by his wife and two children.