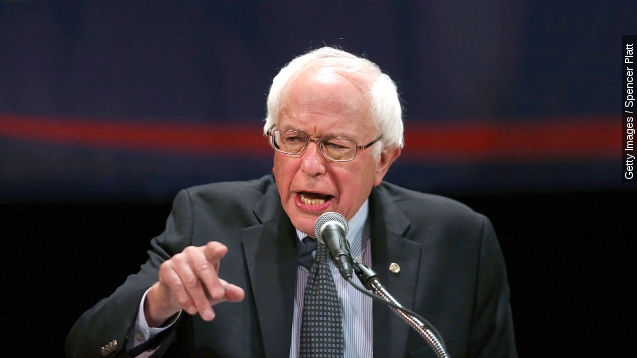 "The Democratic nomination was supposed to be a cake walk into a slam dunk, a cake dunk, if you will," Colbert said.

He also fielded questions on what exactly a socialist running for office means.

"In concrete terms, what it means is that it is a moral outrage that the top one-tenth of 1 percent today owns almost as much wealth as the bottom 90 percent," Sanders said.

Okay, so he didn't quite answer the question there, but Sanders has said in the past that he would support a tax hike for wealthy individuals and corporations. (Video via Bernie 2016)

He also explained why he hates comparisons to Donald Trump.

"I think what Trump is doing is appealing to the baser instincts among us, xenophobia, and frankly racism," Sanders said.