Bernie Sanders Was Booed By Members Of His Own Party 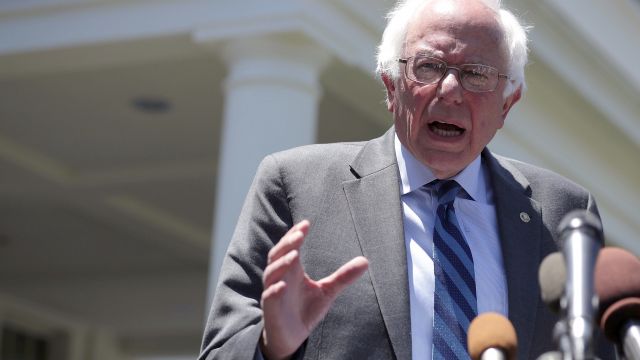 The Los Angeles Times reports the lawmakers shouted "Timeline! Timeline!" at Sanders, demanding to know when he plans to bow out of the presidential race and endorse his rival, Hillary Clinton.

Sanders said the goal should be less about winning elections and more about changing the country.

SEE MORE: "Trump And Clinton Probably Want You To Ignore This Fact-Checker"

An anonymous senior Democrat told Politico, "It was frustrating because he's squandering the movement he built with a self-obsession that was totally on display."

Some Democrats were pressuring Sanders to drop out even before Clinton officially secured the party's nomination in the beginning of June.

But Sanders has vowed to continue his campaign up to the Democratic National Convention at the end of July.

The Republican Party has been trying to move in united support for Donald Trump, however reluctantly for some in the establishment.

Sanders saw repeated success with independent voters during the Democratic primary season. Now that Clinton and Trump are pivoting to capture that demographic, the Democratic Party is counting on Sanders' appeal to swing to Clinton with an endorsement.