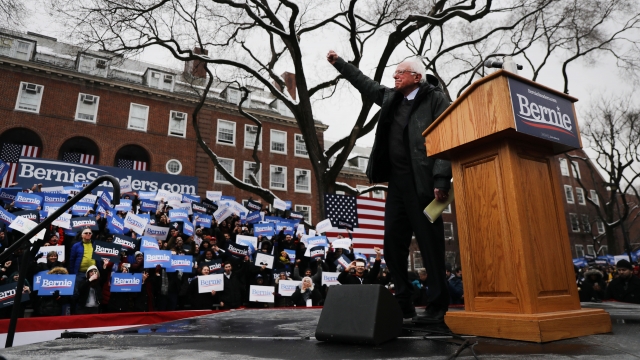 Sen. Bernie Sanders officially pledged his allegiance to the Democratic party, but he's still holding on to some of his independent roots.

The Democratic National Committee is requiring all its presidential candidates to sign an affirmation declaring their membership with the party. Sanders, who has a history of running as an independent, signed his form on Tuesday.

Sanders has resisted previous calls to join the Democratic party, but seems to join their ranks when it's beneficial to him. He caucuses with the Democrats in the Senate, and he already ran for president as a Democrat in 2016. And when he filed to run for president in 2020 last month, he listed his party affiliation as Democrat.

So why is this DNC affirmation form notable? Because he also filed to run for Senate in Vermont in 2024 — as an independent. He submitted that form to the Federal Election Commission on Monday.

It's unclear how, or if, Sanders ambiguous party affiliation will impact the 2020 election.