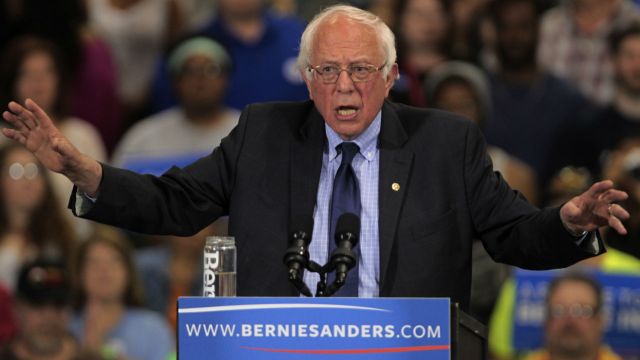 After a rough week, Sen. Bernie Sanders told his supporters he isn't going anywhere. He's counting on a contested convention.

"Let me be very clear. It is virtually impossible for Secretary Clinton to reach the majority of convention delegates by June 14 with pledged delegates alone. In other words, the convention will be a contested contest," Sanders said at a press conference.

Seeing that type of confidence is probably just what his supporters needed after Sanders recently lost four out of five state primaries. Rumors about the future of his campaign started brewing when staffers were fired in states that already held primary elections.

Those staff layoffs may have been a result of changing campaign contributions. In just a month's time, donations plummeted by more than 40 percent.

His competitor, Hillary Clinton, already seems to be wooing Sanders supporters by releasing an ad that encourages Democrats to come together.

"America is stronger when we are all supporting one another," she said in a campaign ad.

While it's a good effort, it might not work. An April poll showed that a quarter of Sanders supporters say they won't vote for Clinton if Sanders doesn't get the nomination.

This video included images from Getty Images and clips from Bernie 2016 and Hillary for America.