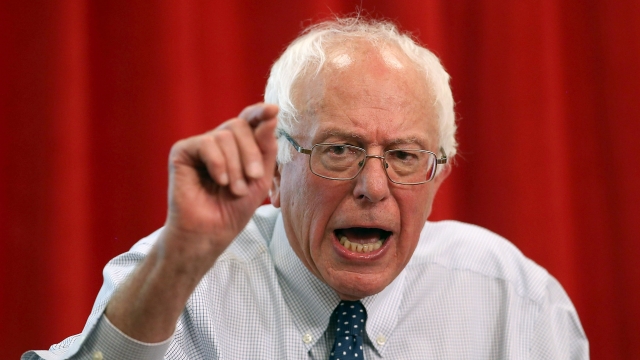 Bernie Sanders has serious doubts about the intentions of some of Donald Trump's Cabinet picks.

The progressive Vermont senator tweeted his dismay about Trump's pick to lead the Environmental Protection Agency, Scott Pruitt, and his secretary of state selection, Rex Tillerson.

Sanders criticized the two for their reluctance to acknowledge climate change as a real and pressing issue using the hashtag #RiggedCabinet.

This falls in line with what Trump had promised to do all along. While campaigning, Trump pledged to roll back regulations President Obama enacted and said he would remove the U.S. from the Paris climate agreement.

The dig serves as a callback to when Trump complained about the system being rigged against him in the presidential election, despite a lack of evidence. Even after he won, adviser Kellyanne Conway maintained that the system is rigged and Trump won anyway.

Sanders cited an article from the National Review that Pruitt co-authored called "The Climate-Change Gang."

In it, Pruitt said the climate change debate "is far from settled. Scientists continue to disagree about the degree and extent of global warming and its connection to the actions of mankind."

Despite his insistence, an overwhelming majority of scientists have confirmed that climate change is a real issue that needs to be addressed.

Mnuchin worked at Goldman Sachs, a popular target for Sanders while he was on the campaign trail. The finance company became synonymous with the Great Recession in 2009 and the issue of income inequality.

Sanders wrote: "Is Mr. Mnuchin, a former executive at Goldman Sachs, going to rein in Wall Street's greed and illegal behavior? I doubt it."